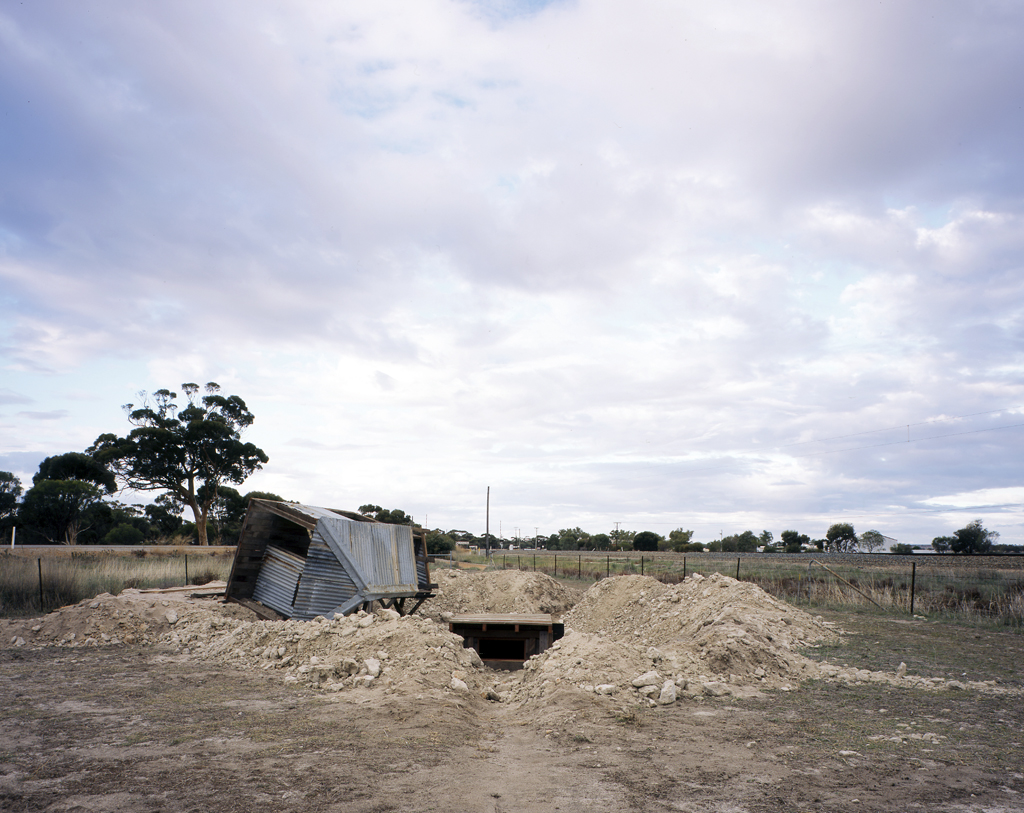 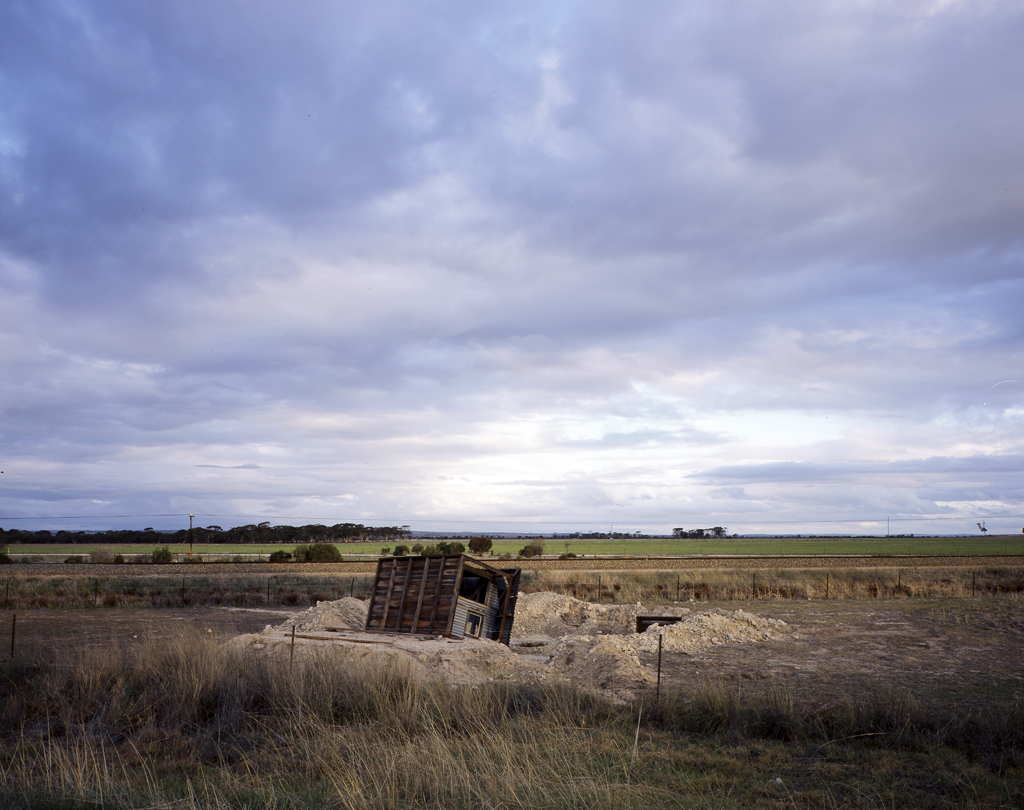 … the possibility that even a full life may not be long enough to make the journey to the next village.

The Next Village was an exhibition component of a 7 week residency conducted at the IASKA residency in Kellerberrin, a small farming community in the Wheatbelt area of Western Australia. The project took place in a farmer’s field at the western entrance to the community, sandwiched between the highway and rail line. A hole resembling a crater or a dam for collecting water was constructed in a corner of the field, measuring roughly 10 metres in diameter. On the edge of the dam a shed was constructed from salvaged materials-mostly consisting of material from an old work shed demolished as part of the project. This shed was in turn toppled into the hole, coming to rest on an angle in the excavation. In addition to the shed, a small bunker resembling a shipping crate was dug into one wall of the dam, this structure was constructed of old Jarrah wood, rough on the outside, but finished and polished on the inside. In the external wall of the structure a window was cut, offering the viewer a framed view of the landscape from ground level.

The title of the show is taken from a story of the same name by Franz Kafka, in which the narrator describes the possibility that even a full life may not be long enough to make the journey to the next village.