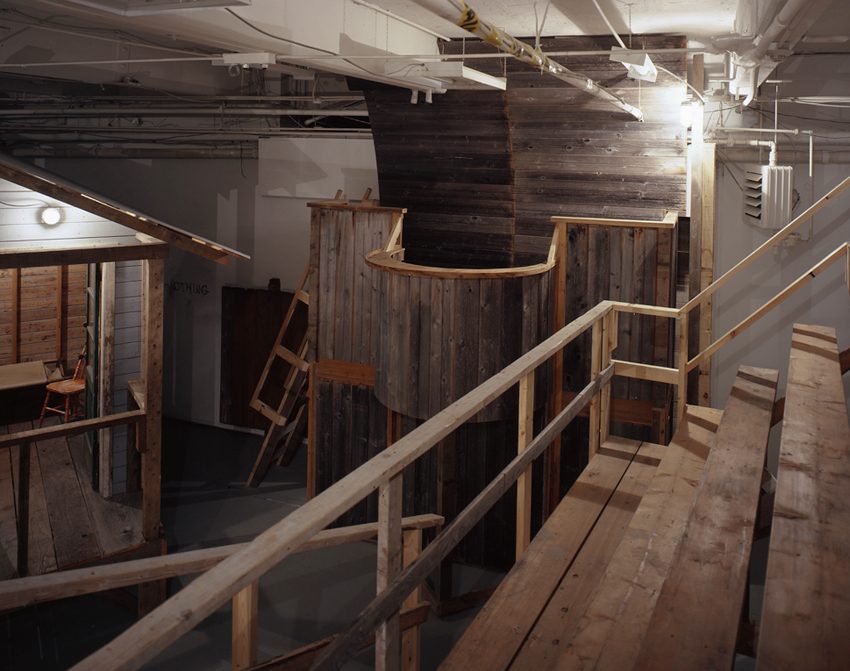 for fools and traitors nothing

This project references the story of Brother XII, self-styled religious cult leader who founded the Aquarian Foundation on Vancouver Island, Canada in the 1920s. Brother XII talked thousands of people from North America and Europe into donating their savings to the cause (to prepare a ‘Place of Refuge’ for the coming of the sixth race of mankind). In the end, following court cases, alleged murder and black magic, the Brother fled with all the community’s money.

The project consisted in researching the story and coming up with a number of architectural structures that together could form a kind of paranoid compound within the gallery space itself. As Brother XII lost control of his community he became ever more paranoid, at one point having areas of the compound wired with hidden microphones so he could listen in on the colonists’ conversations. This feature of the compound was one of the direct references in the installation as there were microphones hidden around the gallery that allowed visitors to listen in on conversations of others in the space.

2779 none fade true true true Close Next Previous The requested content cannot be loaded. Please try again later.
down by the river
←
office of special plans
→